The Rt Hon the Lord Fellowes, GCB, GCVO, QSO, PC
Robert Fellowes: born 1941 . Served three years in the Scots Guards and then fourteen years in the City. Between 1977 & 1999 he was successively Assistant, Deputy & Private Secretary to The Queen. Since then he has chaired Barclays Private Bank and was a non-executive director of SAB Miller plc. He also chaired the Prison Reform Trust and was a Rhodes Trustee. He is a Director of the British Library. He is married with three children and lives in an Old Vicarage in North West Norfolk.

James Miller
James Miller was born in 1951 and spent his childhood in a house that was formerly part of the conventual buildings of St. Ethelberga’s Foundation at Bicester. After university he joined Sotheby’s where he become head of the British Painting Dept. He retired two year ago from Sotheby’s, having been Deputy Chairman, and is now an art consultant, researcher, writer and TV presenter.

Amanda Ponsonby
Amanda worked in Westminster from 1976 to 1991 – first for Geoffrey Howe when he was Shadow Chancellor and then Chancellor of the Exchequer, and then at No 10 for the Prime Minister. After Mrs Thatcher had resigned and when her husband, Rupert, inherited an old rectory, Amanda moved to Oxfordshire to raise their three children. She is a founding member of The Rectory Society.

John Martin Robinson
John Martin Robinson is an architectural historian and an officer of arms. He was born in Preston, Lancashire and educated at the Benedictine school at Fort Augustus, the University of St. Andrews (MA) and Oriel College, Oxford (DPhil) in 1970. He worked for the Greater London Council Historic Buildings Division from 1974. He is Maltravers Herald of Arms Extraordinary at the College of Arms, and was formerly Fitzalan Pursuivant of Arms Extraordinary from 1982. He was appointed Librarian to the Earl Marshal in 1978 and is also the archivist for the Duke of Norfolk. He is also a Knight of Magistral Grace of the Sovereign Military Order of Malta. He lives in Lancashire and is an active member of The Georgian Group.

Deborah Alun-Jones
Deborah Alun-Jones read English at Emmanuel College, Cambridge followed by an MA at University College, London. She became an author and her latest book, The Wry Romance of the Literary Rectory, published by Thames & Hudson explores the role of the rectory as an inspiration for some of the greatest writers and poets. She is married with four sons and lives in Sussex.

Edward Perks is currently a solicitor looking after private clients and he joined the Rectory Society as a Trustee in 2020.  His many interests include churches and architecture.

Paul Falinski – Honorary Treasurer
Paul Falinski: Born 1948.  A retired Chartered Accountant who, after qualification in 1973, worked in the City for Lloyds Bank for over 30 years.  He is married with three children and lives in Oxfordshire.

Alison Everington – Administrator, Secretary, Newsletter Editor
Alison joined the Rectory Society in 2009.  She lives with her family near Colchester in North Essex.

Juliet joined the society in 2018 and she took on the task of archiving all known rectories, vicarages and parsonages in Great Britain. 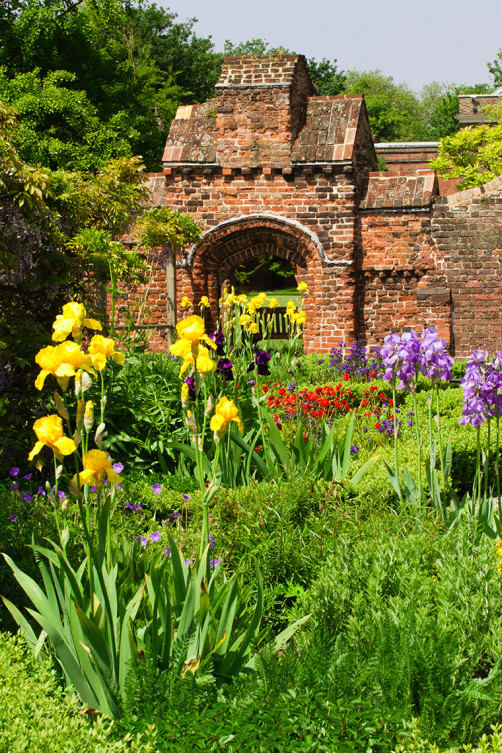 Fulham Palace gardens. Credit to be given "Matthew Bruce". 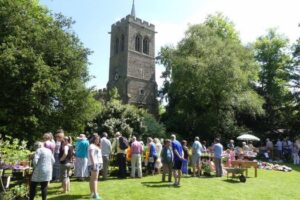 As many of our members will know The Rev. Marcus Walker, Vicar of Great St Bartholomew Church (where we held our Zoom AGM), together with Emma Thompson have set up a website called ‘Save The Parish’ to do just that.   For those interested in learning more and supporting the cause, you can go on line read more